by Shawn Murphy
Yesterday as I sat supervising my 9th-hour study hall, I somehow became aware that my pants were too tight. It’s amazing how long a person can go on being in denial about this sort of thing. However, these were new pants; how could they be too small already? Upon further thought, I realized it was not the pants…it was my underwear cutting off the blood supply to my legs. I became so distraught by this realization that I went straight to Culvers after school for a chocolate milkshake. If I had graduated to XL underpants, I was going to take advantage of my new status (Follow me for more examples of rational thinking). I had to admit that trying to squeeze my ever-growing hindquarters into my current stash of deteriorating undies was growing tiresome. So, over the weekend, I swallowed my pride and went to the Jockey website. I clicked on my favorite style, “French cut.” This was when I realized they only have S, M, and L. If you want XL, you have to go to a separate part of their website known as PLUS SIZE!!! OH, THE HORROR!!! This eye-opener required a return trip to Culver’s for cheese curds and more ice cream.

The experience was just one in a number of things that have compelled me to entertain the thought that I’m way past my prime and on the way to geriatric or even…gasp…elderly. I’m 18 months away from qualifying for Medicare and recently had to submit a photo of myself for a medical ID card. They requested a selfie, the passport-type photo where you can’t smile or wear your glasses, and it had to be a plain white background. I had my son take it for me…in the bathroom since it was the only white background we could find. I blamed the harsh bathroom lighting, but I couldn’t deny the truth; I looked hideous, worse than a mugshot. It was grisly. I looked like someone named Marge who sells firewood out of the back of her camper in the Menards parking lot, right off the Interstate at the edge of town, and spends her nights at the boat sitting on a stool in front of a slot machine with a cigarette hanging off her lip drinking sloe gin fizzes and talking too loud.

I studied the photo, trying to tell myself I didn’t look that bad. My BFF Donna, bless her heart, looked at it and said, “Oh geez, that doesn’t even look like you!” I knew she was lying, but it was sweet of her to try. I went out and bought the cream with retinol and some full coverage makeup. I’ve got to tell you, it’s been a real blow, as Mary Pat Hewitt can attest. She found me this past Saturday sitting on the floor of the Ulta store in front of the anti-aging section (I’m too old and decrepit to stand that long), testing out the full coverage foundation made by a company called It. She and her daughter, Anna, both recommended it highly and even helped me find a mirror and those little triangle sponges to put it on my face with. She has always been one of the nicest people I know.

And it’s not just my face that is in sad shape; my body is becoming unreliable as well. I forget I’m not as limber as I used to be, so I still do things like the other day when I somehow wedged myself into the small gap behind the dishwasher for reasons unclear even to me. I was able to free myself by getting my leg up on top of the dishwasher. After the muscle spasm caused by this maneuver subsided, I grabbed the outside edge of the counter, and after much hopping up and down on the leg that was still on the ground, I gained enough momentum to hoist myself over the top. I had to sit there on top of the counter for a while to catch my breath. The dog, who had witnessed the whole scene, just sat there staring at me, then plopped down on the floor. I slid down the cabinet onto the floor with him, and we just sat there for a while, the two of us, trying to remember why I got back there in the first place. I couldn’t remember, and he didn’t know either, but that’s okay. I thought since I was already down there on the floor, I might as well stay for a while. The effort required to get up was too overwhelming at the moment.

So we sat there watching the squirrels outside devour what little bark was still left on the Redbud tree. I found out too late that squirrels will, when you don’t reload their feeder fast enough for them, eat the bark off the tree until they kill it. We discussed said tree, wondering if it would make it another year. And I said to him, “Finn, (that’s his name) I’m glad somebody dumped you on our street so I could find you and you could be my dog.” He looked up at me with his sweet dog eyes and licked my face. I said, “I love you too, buddy,” and we went back to watching the squirrels as I stirred the fiber supplement into my chardonnay. 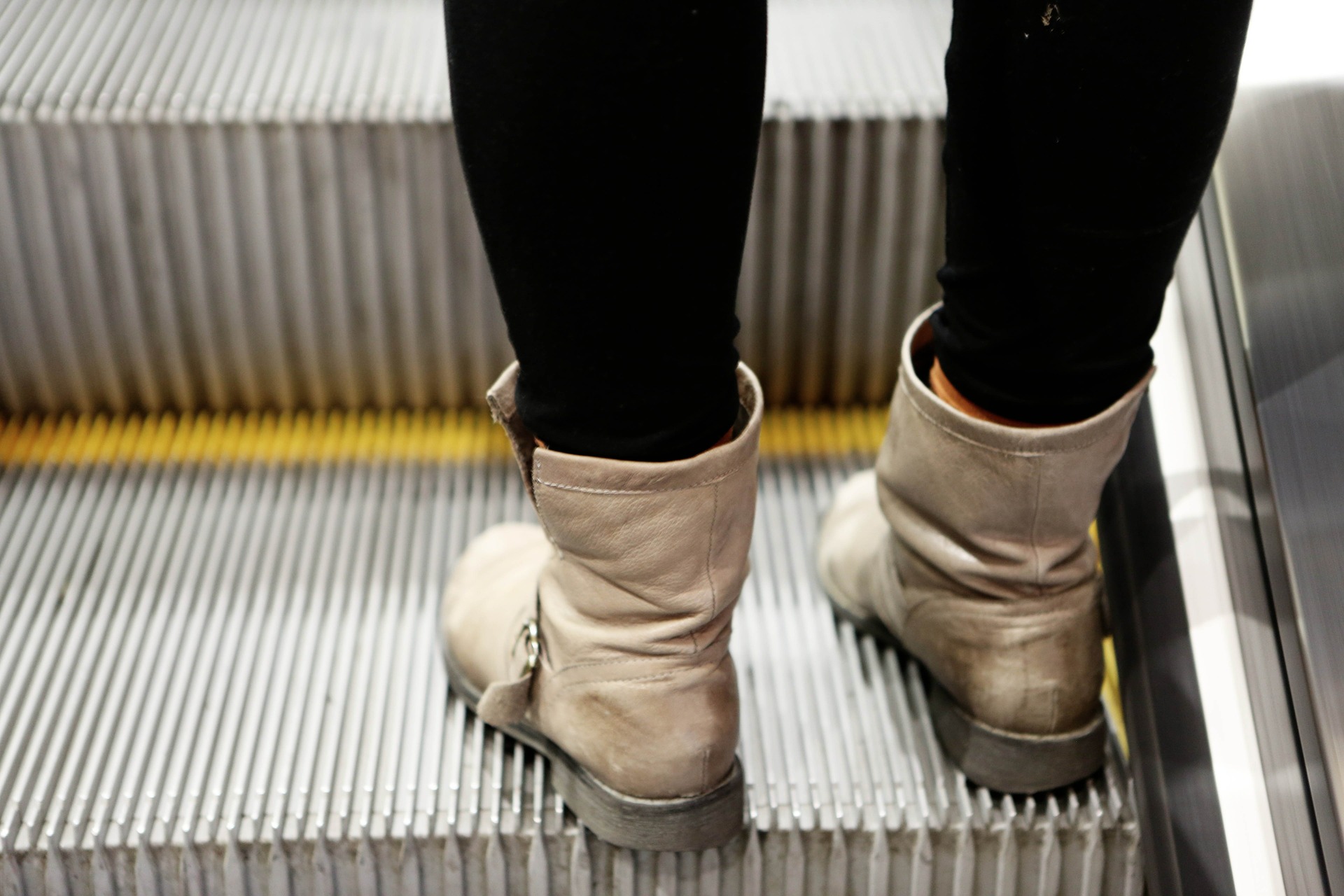 Are Leggings Pants or just underwear with legs?