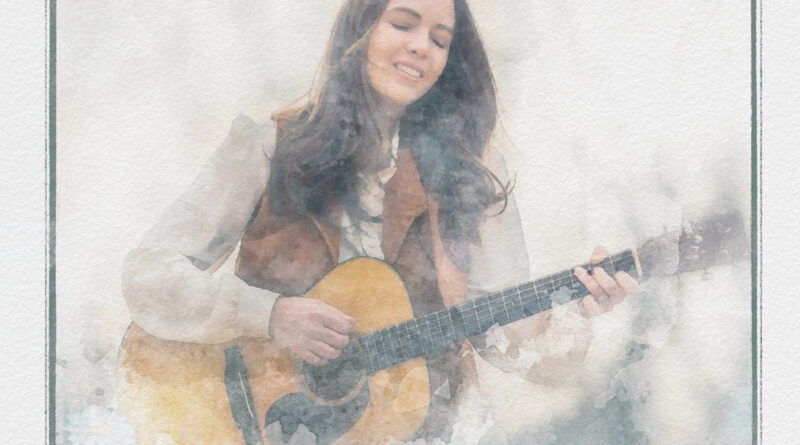 Springtime is new music time at the Joe! We were excited to catch up with Kristin Hamilton to talk about her new solo album. Recording a solo album is brand new for her after performing with Under the Big Oak Tree and touring Germany, The Netherlands, and France with the Lost Cowgirl Revue. Hamilton also performs with her daughter, Lucy Gray, and Kristin Hamilton and The Heat. Readers can find a list of her upcoming shows at www.kristinhamiltonmusic.com/shows. This interview has been edited for print; to read the entire dialogue, please visit www.regularjoepaper.com.

Q This is your first full-length album of original material after performing and recording with the popular group Under the Big Oak Tree. How has this experience been different?

A The recording process for this project has been completely different from my experience making albums with Under the Big Oak Tree. With UBOT we entered the studio with songs that were completely arranged and performed many times as a group. We were able to go into the studio and mostly play them live. [This time] The songs I brought to Greg Gagnon, who produced the album, were songs I had been performing mainly on my own with just my guitar. My son and daughter, who performed with me occasionally, had some loose bass, fiddle, and vocal harmony parts that they had been playing around with. Greg took our ideas for these songs, combined them with his own vision, and helped shape them into complete songs with rich and stylish arrangements.

Q You’re part of a musical family and used them extensively on this project. Can you tell us about them and their contributions to this project?

A My sole reason for starting this project was to record with my dad, Rocky Cathcart. During the long period of quarantine, it felt deeply worrisome to be separated. It hit me hard one day that even though it was my dad who started Under The Big Oak Tree, we never got the chance to record with him before he moved to Texas! I also wanted to capture the music I was making with my two teenagers, who I realized were growing up fast. It became my top priority to make an album featuring my dad and my two kids. When I approached Jessica Salley and Greg Gagnon who run ShapeNote Studios, I told them I wanted my family all over this album and they took that to heart.

My son Isaac Hamilton plays electric bass and cello. My daughter, Lucy Gray plays violin on several songs; some of which she plays two diﬀerent parts for a twin fiddles eﬀect. She contributed a viola part to “Hope” and sings vocal harmonies throughout. My dad plays piano, Wurlitzer, electric lead guitar and lead nylon string guitar on diﬀerent tracks.

Q We were fortunate to hear and enjoy samples from this album before its release. It feels like your most personal work to date. Can you tell us about your songwriting process?

A I can’t help but write personal. Songs come to me in different ways, I guess. “Dear Brother” from UBOT’s album The Ark came to me all at once in a time of deep grief. “Love To Ride” came together after realizing I had started writing two diﬀerent songs about how much I love gazing out a car window. I just married them with a chorus. I wrote “Drivin’ Rain” as I was making my way home through a storm on I-29 and “Touch Of Blue” while walking my blue dog, wearing my favorite blue bracelet heading home to my blue house, and missing my late brother John. I had to run to pen and paper when I stepped through the door. Some I think about and work on for a long time. I remember working on “Cold Roses” that way. It bugged me until I was able to finish it. It was like an unsolved puzzle at the forefront of my mind. I use voice memos and notes on my phone to capture ideas as they come, then go back and visit them later. If inspiration strikes, I’ll take one of the ideas and sit down to write a song.

Q What live performances do you have on the books? And please tell our readers where they can find and purchase this album as well as your other oﬀerings.

A Our big CD release show is Sunday, May 1, at Acoustic Alcove on the campus of Unity Village in Lee’s Summit, Mo., from six to eight. My dad is flying in from Houston to play with us. The kids will be there to perform, and so will The Heat!

The Heat will be in St. Joseph on June 26 to play the Sunday Matinee at Cafe Acoustic at 5:30pm. I’m excited to show the band my hometown and hope to see ya’ll out there!

You can find a complete concert calendar and sign up for my mailing list on my website www.KristinHamiltonMusic.com and buy cool merchandise like t-shirts, CDs, patches, and stickers at www.Ko-fi.com/KristinHamilton. I plan to release “Touch Of Blue” on vinyl ASAP, so stay tuned for that!!