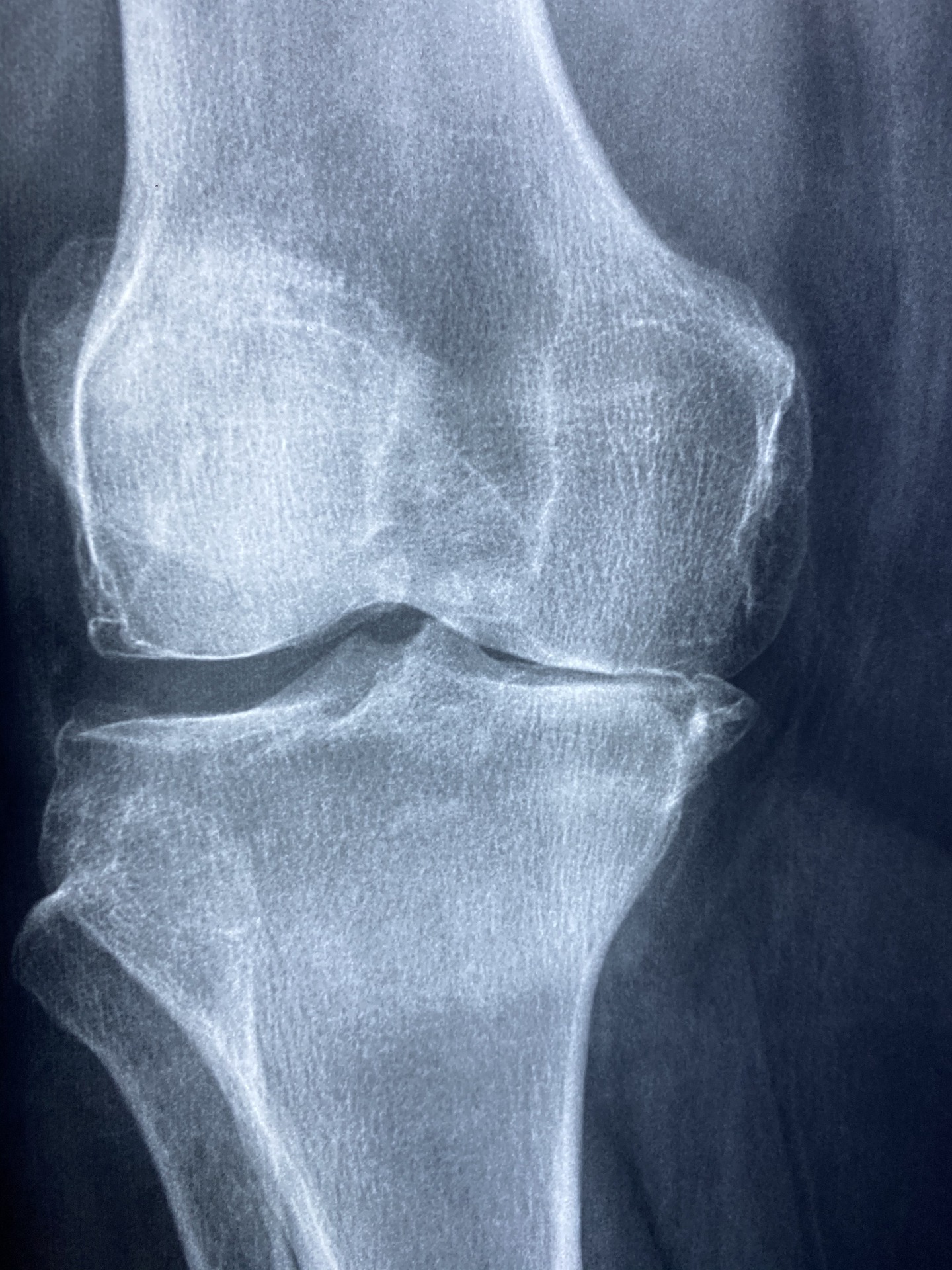 A little over 21 years ago, my knee exploded in a pick-up basketball game. It was a knee-on-knee collision and mine lost. I didn’t know as I hobbled to the car that night, what a major turning point in my life it would turn out to be.

I was never a star at any sport but I played whatever was in season.  In the vacant lots of my neighborhood and the crumbled asphalt of the playgrounds.

And I never really quit.

At 41, I was still playing softball. My Sunday night basketball had been going on for a decade, with the same core guys. I was active with my kids. I was active at home and in my work.

I went in to that first surgery with the expectation that I’d be back in a few weeks.  Woke up in recovery to the news that it wasn’t what we expected.  Instead of the easily-repaired meniscus tear, mine was more or less shattered.  My doc, who also happened to be on the court with me when it happened, had to give me the sad news that sports for me were over.

He’d cleaned out what he could and smoothed the rough edges, but the damage was done.  No more running or jumping.  None.  It’s not that I couldn’t do it, but that it wasn’t worth it.  20 minutes of playing Frisbee would have me gimping around for days afterward.  He predicted a knee-replacement, but advised me to put it off as long as I could.  The longer I waited, the better the technology would be.  Also, he told me, the longer I waited, the older and slower and fatter I’d be!  Meaning the new knee should last me the rest of my life.  His advice was to wait till the knee forces the issue.

Turns out he knew exactly what he was talking about.

Walking was all I was left with.  The Queen did her best to walk my ass off.  Spent most of the last couple decades hoofing it around downtown neighborhoods.  But while my activity level decreased a little, year by year, the needle on the scale inched the other way.  Without even realizing it, I started making decisions to favor my stupid knee.

Somewhere in there, I discovered Ibuprophen.

I love Ibuprophen.  Ibuprophen allowed me to live my life.  The anti-inflammatory properties kept me going.

Until they finally didn’t anymore.

Another clean out surgery, steroid shots every few months.  Finally, nothing else worked anymore.

So, just as my doc predicted, I’m getting a new knee.  But my knee outlasted my doctor.  He retired and I have a new doc.  This one is my nephew and one of the highest rated orthopedic surgeons in KC.  (And the only one whose butt I’ve wiped!)

Once we picked a date, the pre-surgery stuff started.  Exercises.  Supplements.  Vitamin D and protein shakes.  Here’s a discovery:  Chocolate milk has more protein than many popular drinks sold for that reason, and sure as hell tastes better.

Nephew/Doc made it clear that my compliance before and after surgery would dictate my outcome, so I’m doing everything I’m supposed to.

Last week I participated in a virtual “Joint School”.  Boy, was I disappointed!  Here I thought I was going to learn about alternative pain management techniques, and instead, it was a bunch of stuff about walkers and toilet seat risers!  And after I’d crammed all week for the final!  Sheesh!

But, now we’re just days away.  I can’t wait!  Had to give up the ibuprophen last week.  Damn!  I had no idea how dependent I’d become on it. .

I know it’s going to suck in the short term, but I’m not worried.  I’m keeping my sights on Thanksgiving as my recovery target.

But in the meantime, I’m going to have some down time.  I’ll be on pain pills for a while, but no longer than I have to.  So, if you get any weird late night rants from me, the next couple of weeks, you’ll know what’s up.

I realize this surgery thing is no big deal.  They’re the specialty of the house where it’s done and business is good.

I know tons of folks who have had it done.  Of course while most of them were the result of simple, age-related arthritis, while mine on the other hand is the result of a SPORTS INJURY!

So, this is it.  Sharing to encourage anybody putting it off.  But then I plan to shut up about it.  Don’t want to be the old guy talking about his operation.  All kinds of friends and family are going through serious shit.  This isn’t that big a deal.

But it’s time and I’m ready to get it done!